Bags, pouches, straps and range gear: MOLLE and PALS comprise a modular load-bearing system developed by the U.S. Military and later provided to the civilian market. For us shooters, that means an opportunity to customize range bags, backpacks, and gun cases with even more capacity. This guide breaks down what MOLLE is (and PALS, too). We'll explain how it works and how to properly attach and configure your MOLLE gear.

What is MOLLE Gear?

MOLLE (pronounced "Molly") stands for Modular Lightweight Load-Carrying Equipment. Employed by the U.S. Military and NATO forces, this equipment system allows for any MOLLE container, bag, pouch, or extra gear to be securely strapped to any other MOLLE bag or gear without stitching or special tools, through the stitched PALS webbing and integrated straps.

"What about MOLLE II?"

MOLLE II is the U.S. Army's latest rendition of their lightweight, modular equipment issued to personnel. This has nothing to do with the physical PALS webbing, its dimensions, or straps and attachment methods, which remain unchanged. This equipment should not be confused as a "new" type of webbing. 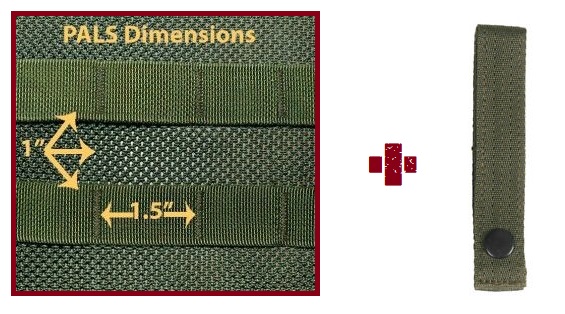 PALS (Pouch Attachment Ladder System) is the physical grid of webbing and the attachment straps found on MOLLE equipment. The standardized PALS grid was developed by the U.S Army for attaching additional pouches and containers to rucksacks (shown above). It was later expanded to be used on military body armor and tactical vests, and eventually, most issued gear carried by personnel. Because of its universal standard, any PALS-equipped gear from any manufacturer can be fixed to any other commercial PALS or military MOLLE gear

So, what's the difference between MOLLE and PALS?

MOLLE designates that a piece of gear is part of the U.S Military's standardized attachment system and is fixed with PALS webbing and straps. The two phrases are often used interchangeably, though commercially-sold tactical and range gear with this attachment system should technically be called "PALS" gear since it is not military-issued.

More often than not, the webbed gear you buy on the commercial market (including at Range Often) will not adhere to the military's exact standards and measurements for PALS grids. This is not a concern. Spacing between stitching and rows may be slightly larger or smaller, and manufacturers may provide wide or thinner straps to accommodate small or large bags or pouches. As long as the PALS button strap on your gear is sized up to eliminate slack once threaded and snapped, there will be no issues with loose or "sloppy" bags that shift around under weight. Common variants are shown below:

Wide PALS columns (center) allow for bigger straps for larger bags or containers. Narrow rows of PALS webbing (right) may be used to provide even greater stability with the interlocking weave (though threading the straps may be more difficult). This is particularly useful for bags containing heavy items, like bulk ammo. Laser-cut MOLLE is lightweight and less expensive to produce, offering a low-profile design for smaller, lighter PALS gear like pistol mag pouches.

How to Attach MOLLE/PALS Gear

Taken directly from the  U.S. Army's MOLLE Technical Manual, the proper way to secure MOLLE gear via PALS webbing is shown below: 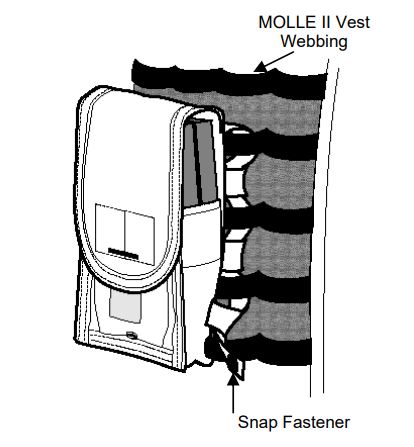 The PALS strap must be threaded through both the supporting bag or platform, and the rows of PALS webbing on the bag, pouch, or container to be attached. This interlocking weave removes any slack and unwanted movement in both items, binding them closely as a single unit. Some shooters incorrectly secure their MOLLE gear by threading the PALS strap through only the supporting gear's webbing, like so: 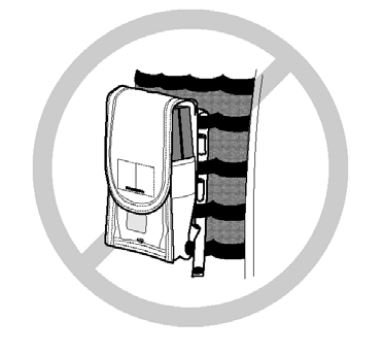 Our friends at 5.11 Tactical show how to thread PALS gear:

Your needs may change with your shooting environment or load-out. PALS is a convenient and affordable alternative to investing in numerous range bags or gun cases. Many of the  available soft cases are offered specifically for this reason. Most range bags and backpacks also include PALS webbing for additional storage.

The most common auxiliary attachments shooters add to their range bags include:

The commercial market took the "mil-spec" design of MOLLE attachments and produced some new and upgraded methods for equipping your PALS gear. This list compiles some of the most popular options but is not all-inclusive. 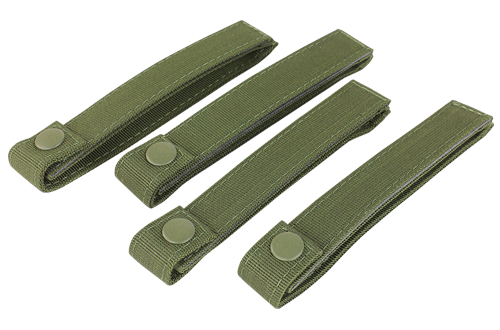 These are the standard-issue straps you'll find on most MOLLE/PALS gear. Snap buttons provide the lock for the weave. The ballistic nylon is relatively stiff, ensuring your gear stays put. The buttons can snag during threading, so it's important to ensure you're not fraying your webbing during install or removal. 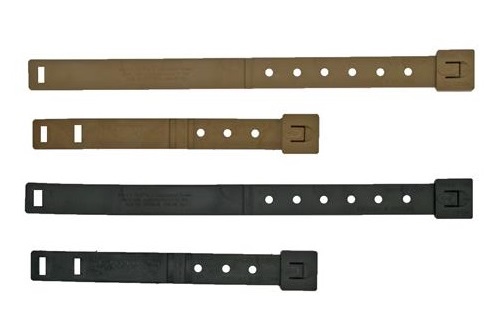 MALICE clips are made of a softer polymer material that's flexible but incredibly tough and weather-resistant. These modular straps come in tall (5") or short (3") with a zip-tie-style lock. A small flathead or flat pry tool is required to remove these, and they'll stay put even when tugged on or pulled.

These speed clips are tough and easy to install or detach. They remove all flex from the PALS gear once attached, making them useful for deep pouches or heavier containers that may otherwise pull away with loose straps. Getting a tight fit with the Speed Clips means seating them against an extra row of webbing, which may take up room for other equipment on smaller PALS grids.

Blade Tech's "MOLLE LOK" straps are probably the most rugged and stable PALS attachments you'll find. These rigid straps aren't flexible, so threading requires lining up the webbing on both piece of gear, followed by sliding each end of the strap through each item. Once pressed down, the ends lock with spring-loaded buttons. Additional security can be achieved by threading the provided counter-sunk screws and washers into the straps once closed together. 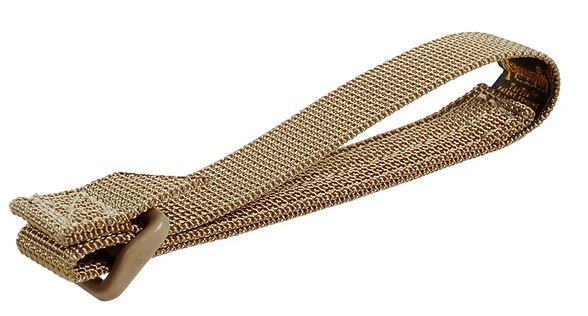 MaxPedition uses a softer, more flexible ballistic nylon for their TacTie straps. A plastic triglide provides the tension needed for a tight fit, and the leading end is folded and stitched to make threading easier. The back half of the strap is reinforced with an extra layer of stiff nylon, ensuring the attached gear doesn't flex or bow out from the parent PALS grid.

Too long, did not read? Here's the short and sweet: